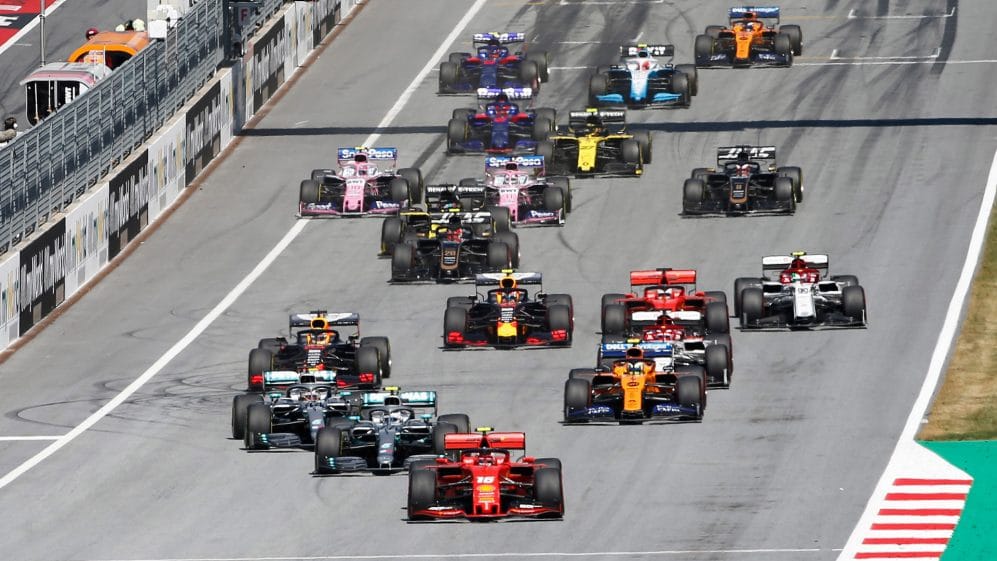 Round 2 of Formula 1 at Rider’s Corner, Sunday July 12th. All welcome. Family friendly.

Main F1 race is at 8:10pm, but we will be showing Practises and Qualifying Race from 2pm.

When was the track built?

The fearsome, original Osterreichring was originated in 1969 as a replacement for the Zeltweg airfield circuit. The track known today as the Red Bull Ring was more or less created over the winter of 1995-6, when Hermann Tilke was engaged to turn the Osterreichring into a shorter, more modern race track.

When was its first Grand Prix?

The A1-Ring, as it was then called, was opened in 1996, with Formula 1 arriving at the circuit a year later. Jacques Villeneuve won the race, while Jean Alesi had a spectacular crash when his Benetton climbed up the Ferrari of Eddie Irvine. Alesi’s team mate Gerhard Berger, meanwhile, used his home Grand Prix to announce his F1 retirement.

It’s only wee, bless it, but the Red Bull Ring packs a lot into a short lap. The first half rewards power, as the cars blast along three straights separated by a pair of uphill right-handers. But then as the drivers work their way downhill, the circuit becomes a regular toboggan ride, as the cars canyon through a series of quick corners, including the exhilarating Rindt right-hander, named for Austria’s first F1 champion.