Let us introduce ourselves..

Rider’s Corner, the internationally known Chiang Mai institution is back in business under the patronage of the BigFella.

Ian Gatenby is a former management consultant from Australia, whose first bikes were a Vespa scooter and a Matchless G80S.  His first ride in SE Asia was 3,500 km through Vietnam on a China-Honda scooter – which led to ramping up his riding activities in Australia, with a KTM Super Enduro among other bikes.  A random discussion with a Hungarian friend in 2011 led to a ride to the tip of Cape York, the northernmost tip of Australia, on to Darwin and island hopped through Timor-Leste, Indonesia, on to Malaysia, Thailand, Laos and touching on the China border.  Numerous other rides followed, almost all of them based out of Riders Corner.

Another constant in these trips was the friendship and fine cooking of Tum, who for many years was head chef at Riders Corner.  In 2018, the opportunity to purchase Riders Corner presented itself, and here we are.  Tum’s command of the culinary arts and Ian’s ability to quality control the beer and coffee temperatures are a perfect fit with the camaraderie and atmosphere that Rider’s is known for.

Planning a trip through Asia? Then Rider’s Corner is a must…

How it all came to be…

Rider’s Corner is located inside the North East corner of the Moat Square in Chiang Mai, in north west Thailand.  This part of the moat and old city is known as Sri Phum Corner, and the Sri Phum fort that our bar and restaurant overlooks dates from the year 1296AD.  Riders Corner was opened here in December 2010 by Phillip and Som, and our current owners, Ian and Tum have extensive experience here.

Our primary chef was hired from one of the best restaurants in Chiang Mai and has developed an unbeatable menu of Western and Thai food. In addition to our restaurant and bar, we have rooms and motorcycles for rent, a free pool table for patrons and satellite TV with a wide range of sports programming and motorcycling-related entertainment.

We offer the best quality food and drink for every hungry and thirsty traveller at attractive prices. Wifi is available for free to all customers. Our food is cooked daily and fresh by our master chefs. We offer both a meat and a vegetarian diet and can cater to special dietary needs. 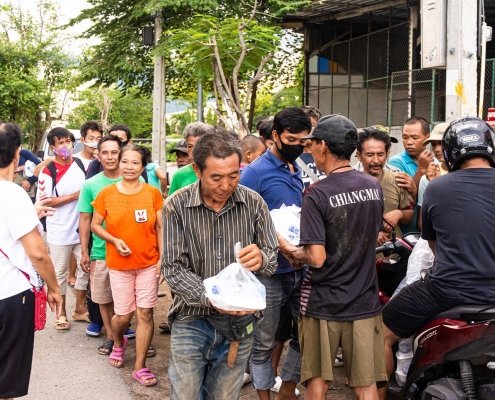 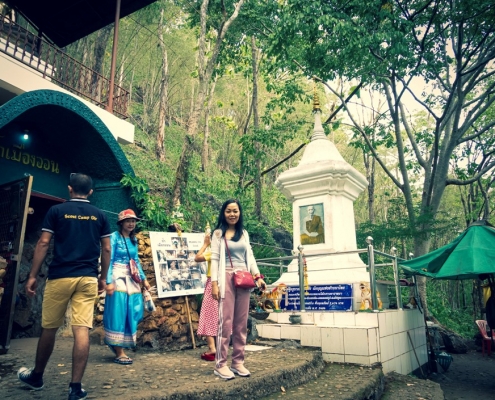 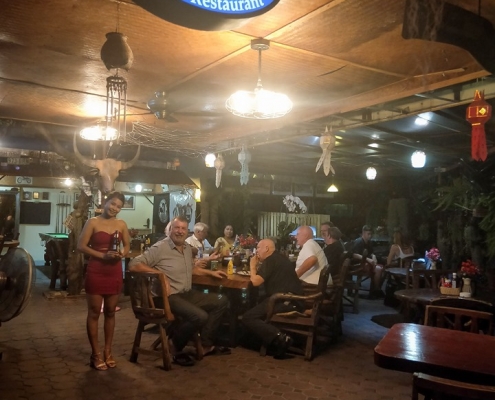 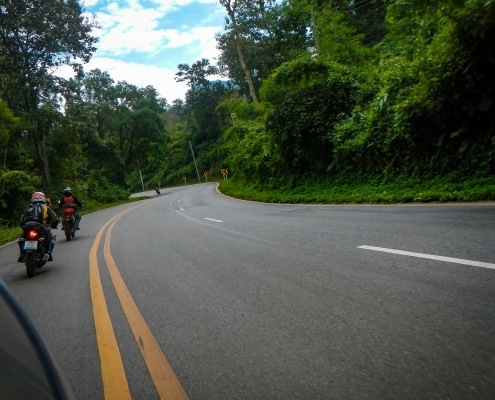 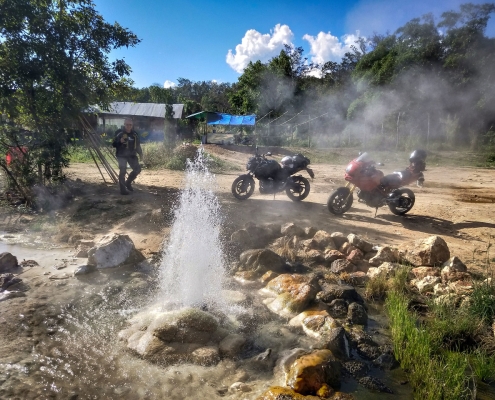 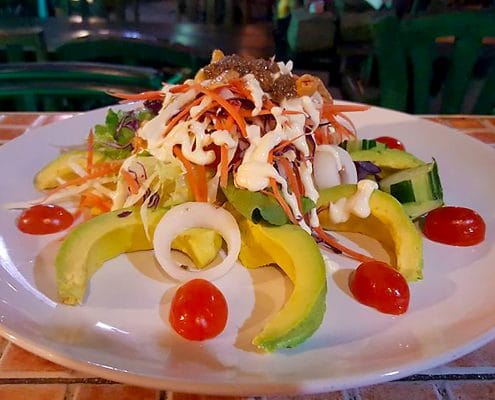 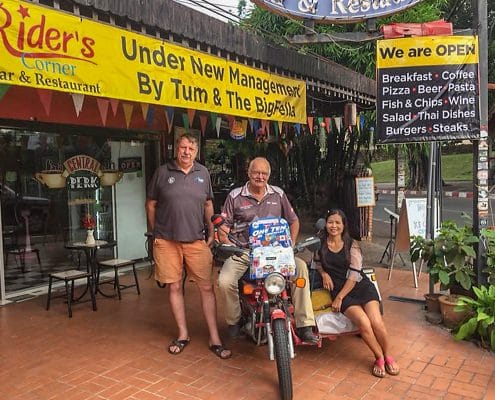 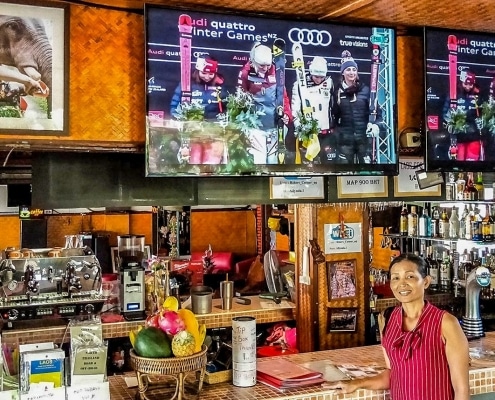 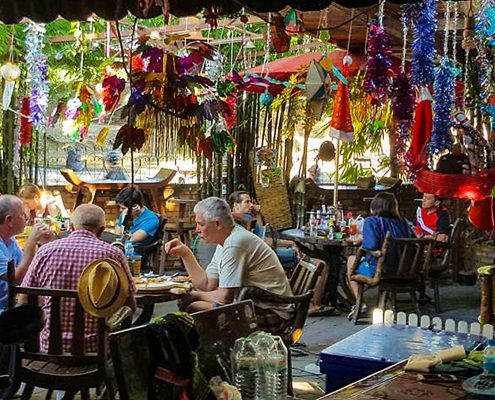 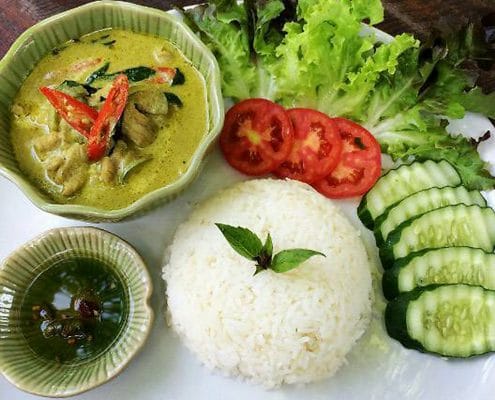 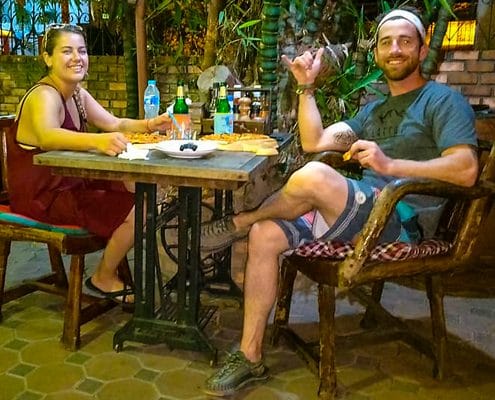 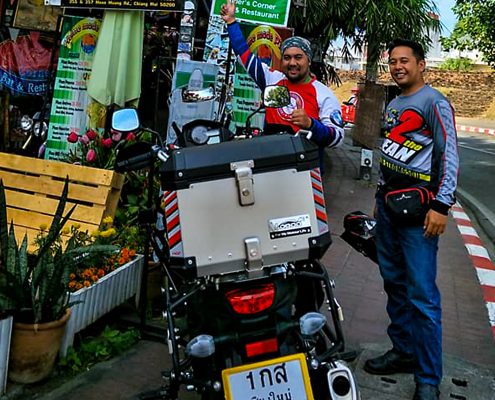 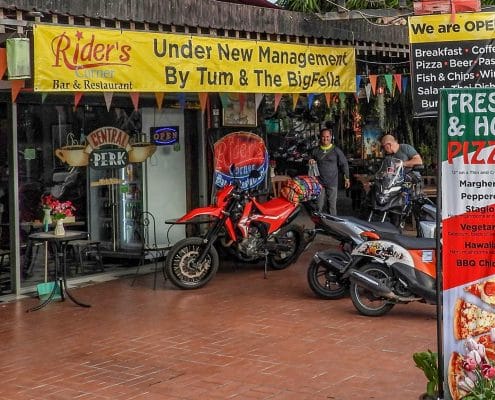 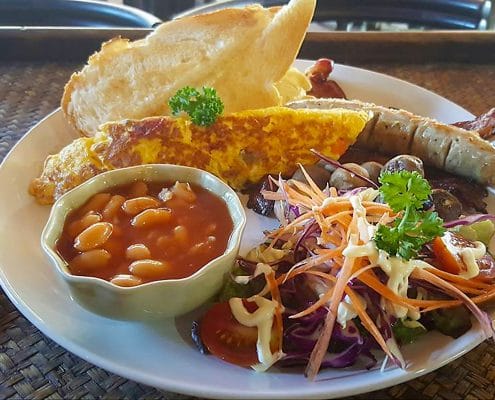 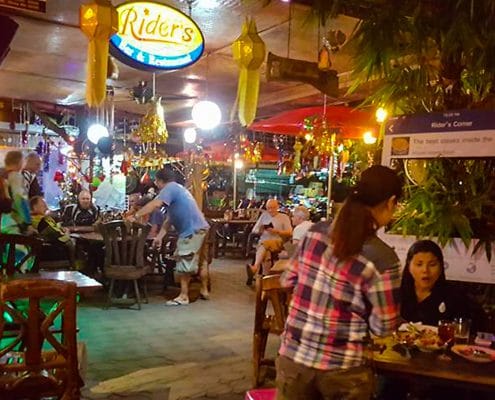 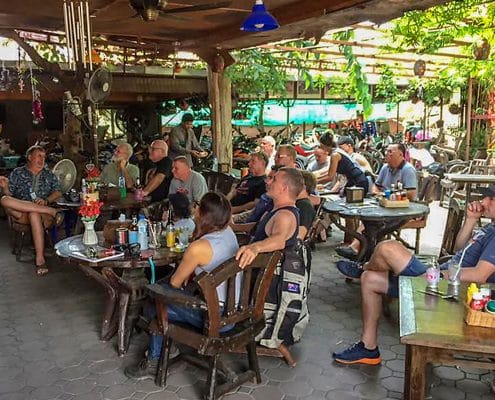 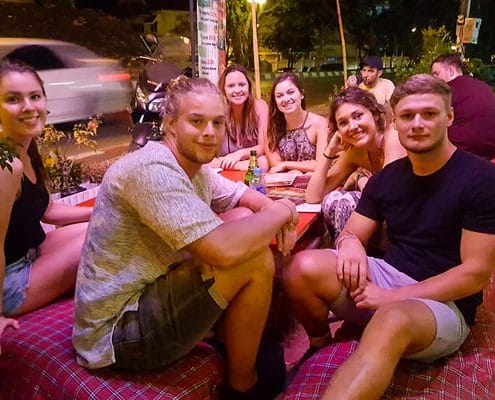 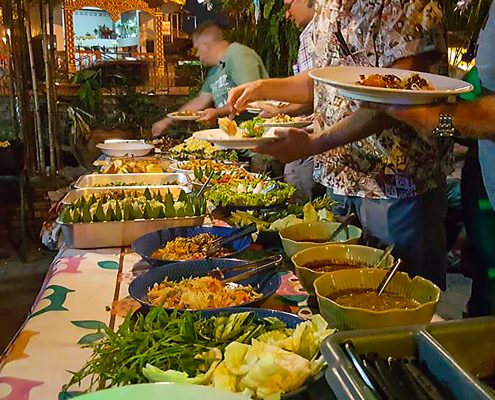 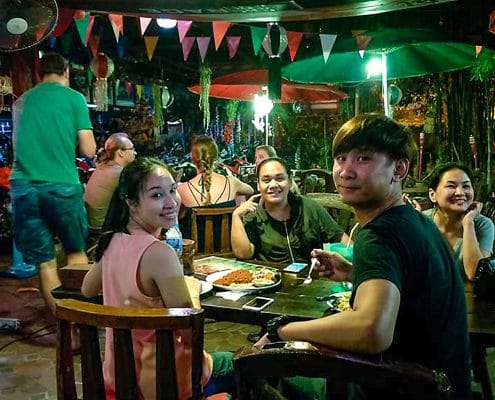 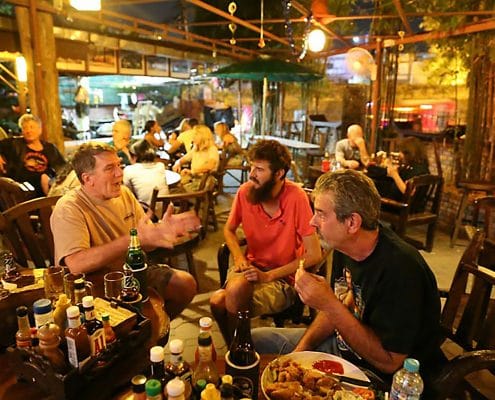 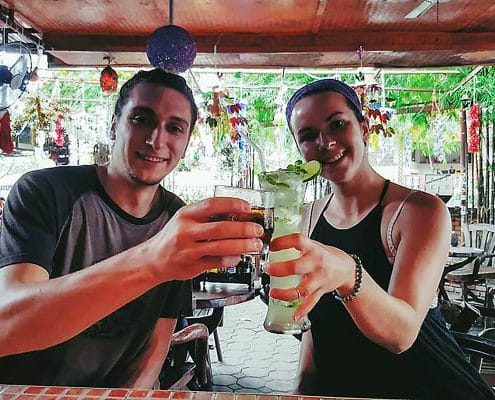 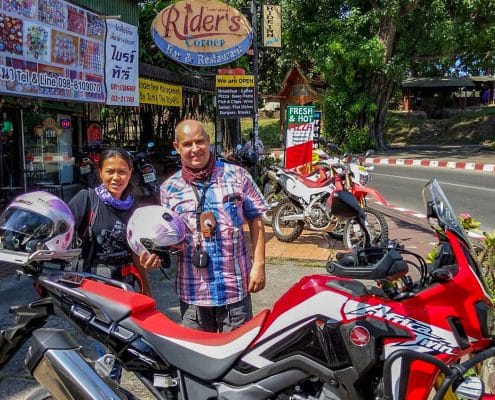 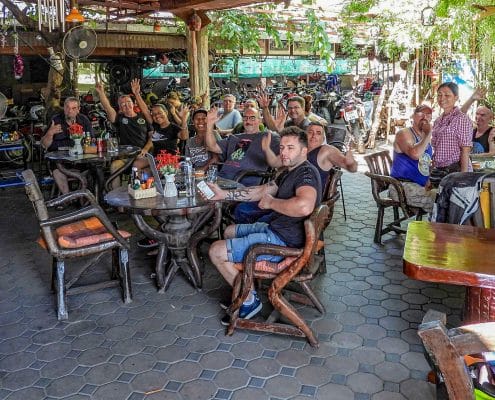 Maps were disabled by the visitor on this site. Click to open the map in a new window.

Get in Touch with Rider’s Corner 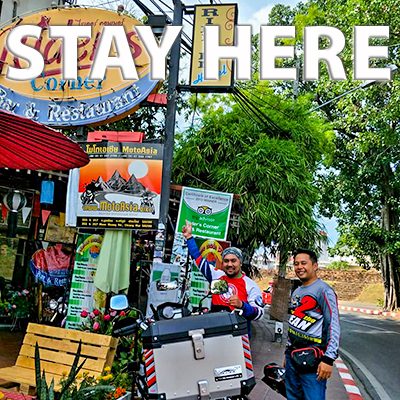 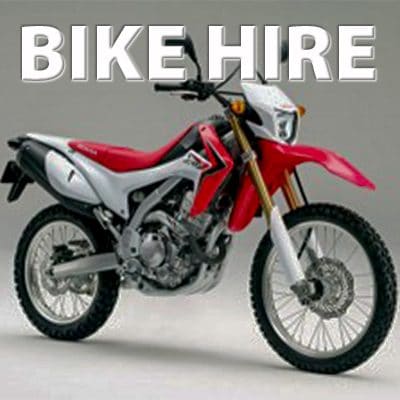 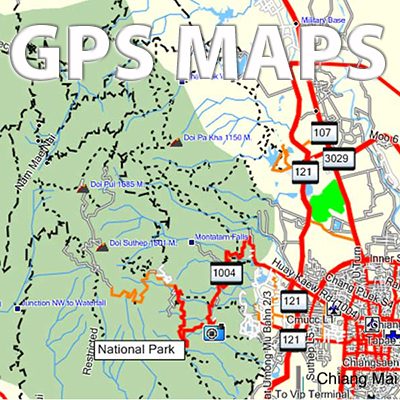 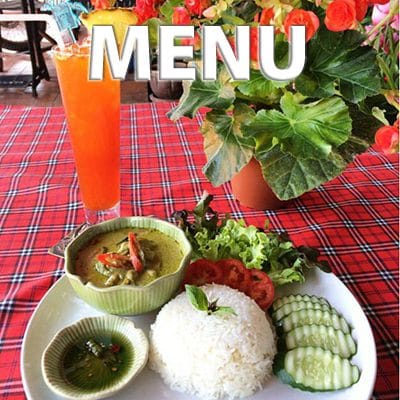 If you wish to book a bike hire or room please fill in the form below. Ian will process these as soon as possible to give you a notice of availability.

You can also make inquires to ian@riderscorner.net